The Okaloosa STEMM Academy education program is founded on the premise that regular school attendance is vital to the success of each student. Seeing that a student maintains regular attendance requires cooperative effort between the student, the parents, and the school. While written assignments and tests may be made up, the student who is frequently absent misses social interaction, class instruction, and discussion that are critical to the educational process.

For students to fully benefit from the instructional program, they are expected to attend school regularly, be on time for classes, and satisfy all course requirements. Poor attendance or excessive tardiness may result in low grades or course failure. 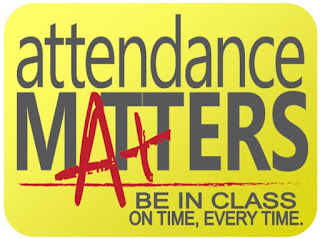 The STEMM Academy expects parents or guardians to make reasonable efforts to ensure the regular attendance of their children, and to inform the school of any absences and their causes. A middle school student who is not in class for at least one-half of the class period is counted as absent from that class.

All absences will remain unexcused unless verified within 5 days by a legible note from a parent/guardian. The absence will be considered unexcused if the school does not receive written verification for the excused absence within that timeframe. Students who place on file with OCSD legal and/or medical documentation or a permanent and total disability as defined by the U.S. Social Security Act are excused from school and eligible to make up any and all work for absences from medical care or medical conditions related to their permanent and total disability.

Excused absences are absences resulting from the following:

Unexcused absences are absences resulting from:

Students with an unexcused absence will receive a grade of zero (0) for any classwork/test/assignments by the teacher on the day of the absence. When a student accumulates a total of nine (9) excused or unexcused absences in any class period per semester, the student must have an excuse from a doctor or an official agency (i.e., Department of Juvenile Justice, Department of Children and Families, etc.) for each subsequent absence.

Attendance for Children/Dependents of Active Duty Military, 1000.36, Article V(E), F.S. S. 1000.36, Article V(E), F.S., states that “a student whose parent or legal guardian is an active duty member of the uniformed services, as defined by the Compact, and has been called to duty for, or is on leave from, or immediately returned from deployment to a combat zone or combat support posting, shall be granted additional excused absences at the discretion of the school 18 superintendent.” The additional excused absences are to allow the student to visit with the student’s parent or legal guardian for the reasons specified. Notwithstanding the above, the local school superintendent or head of school may provide maximum number of additional excused absences.

Students should request missed classwork and homework materials when they return to school.

Students will be provided five school days to complete assignments following an excused absence; the five day period begins the day the student returns to school. However, the teacher and/or principal may grant additional time for make-up work to be completed if the situation warrants.
It is the student’s responsibility to request make-up work for excused absences (up to 15 per semester).

Students absent for multiple days are expected to seek and work on make-up assignments, as medically appropriate and practical. Students absent for any reason on a school sanctioned/sponsored trip on the day a previously assigned project is due, or a previously assigned test is scheduled, will submit the project or take the test the day of his/her return, as appropriate and practical.

Principals will ensure that teachers provide make-up assignments upon parent or student request.  Make-up work will be provided no later than 24 hours following a request.

Students should request materials to be provided in advance for pre-planned absences of three days or more. Please make the request 48 hours prior to the absence. Parents and students should monitor Canvas and/or Google Classroom during extended absences.

Students who expect to miss classes because of a field trip or other school-sponsored activity must arrange with the teachers of the classes missed for make-up work in advance of the absence.